Students of the Islamic University in Uganda (IUIU) have been equipped with film making and related skills following a week-long training programme sponsored by the Uganda Communications Commission.

The training, which targeted the university’s students of Mass Communication, was conducted by technical persons from two organisations, United in Film, and Real Impact Foundation. Seeking to interest students in film early in their career journeys, the training programme entailed skills in cinematography, screenwriting, editing, sound and production.

Among other things, students were taken through the journey of a movie from the birth of the idea all the way to the cinema. 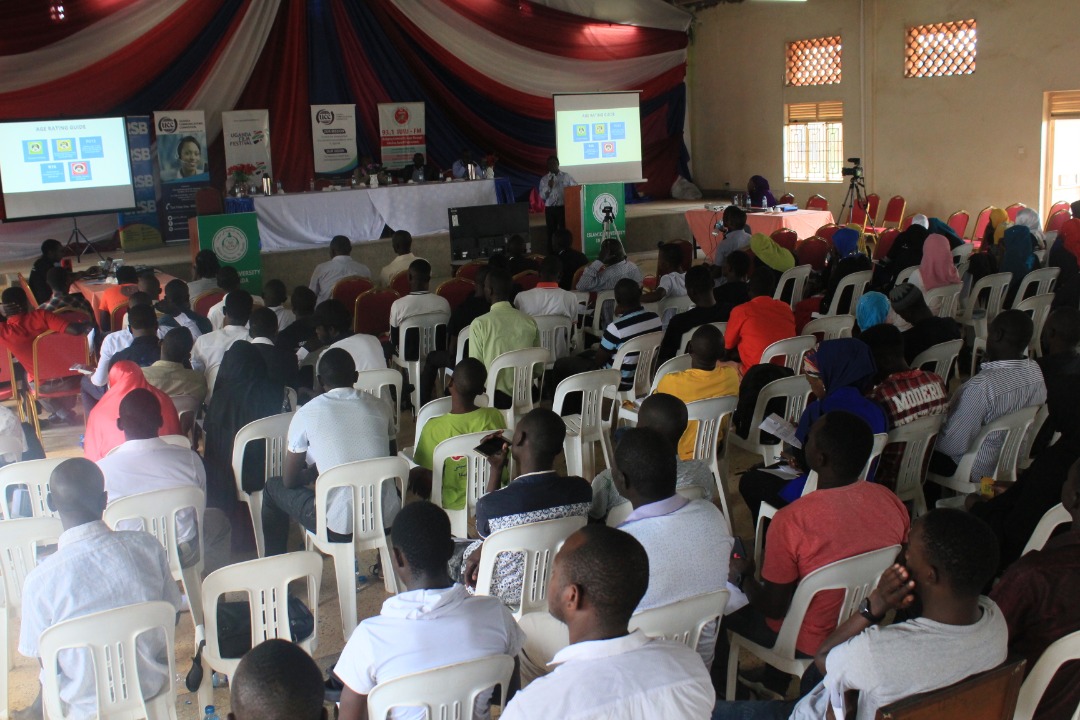 However, on Friday the attention of UCC temporarily switched to the stakeholders’ sensitization workshop on the development and regulation of the film industry in Uganda, targeting video halls, cinemas, video libraries and film publishers, among others.

The workshop, a partnership with the Media Council, Uganda Registration Services Bureau (URSB), and the Pornography Control Committee (PCC), sought to raise awareness on the standards and laws that govern the film sector, especially regarding production, distribution, exhibition, classification as well the protection and enforcement of copyright. The workshop was conducted mostly in vernacular to ensure that none of the stakeholders present felt left out.

It follows an earlier one held on 1st August 2019 at the UCC head office in Bugolobi, Kampala, which was attended by hundreds of film industry players and ended with the symbolic burning of pornographic CDs after stakeholders vowed to crack down on such illicit stuff.

Opening the said workshop, the UCC Executive Director Godfrey Mutabazi said it was an opportunity for the participants to get to know the legal requirements and standards, and abide by them.
“The above government agencies have agreed to commence joint enforcement of all the legal requirements and industry standards by 1st October 2019, thus giving you two months to put your affairs or businesses in order,” Mr Mutabazi announced.

In Mbale, the UCC Executive Director was represented by Mr Paul Mukasa, the Manager Multimedia and Content Regulation, who previously served as secretary of the Media Council, among other high profile media positions. 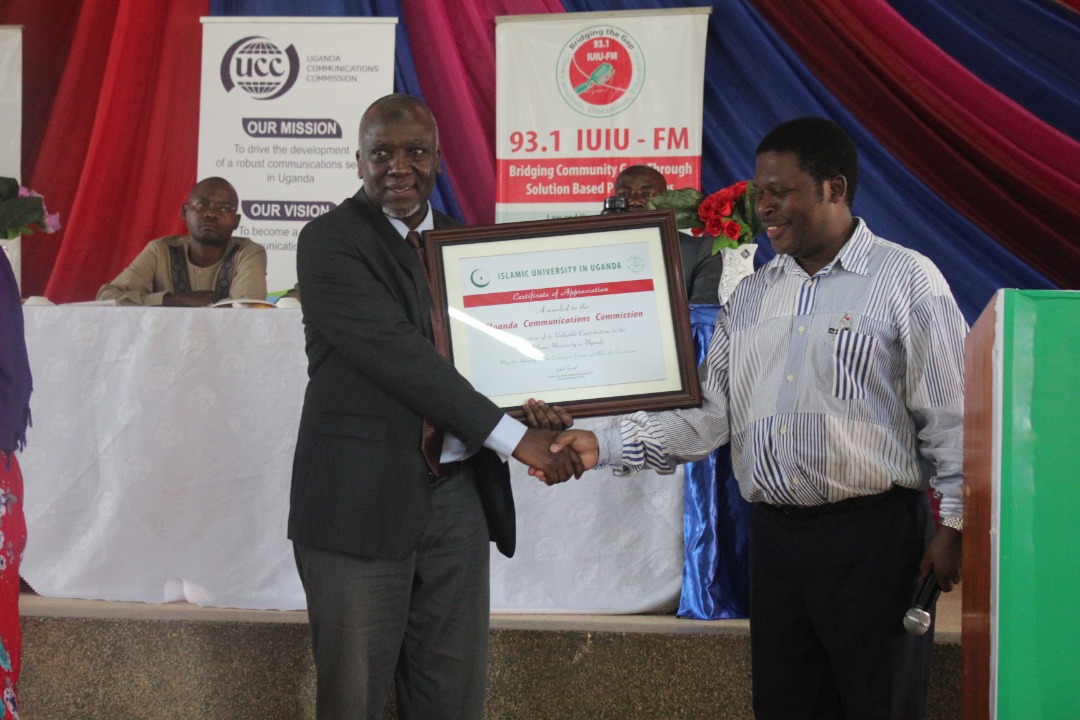 After Mbale, both the training programme and sensitization workshop head to Gulu from 16th – 23rd September, and then to Mbarara from 30th September – 6th October 2019. The two activities were planned to precede Uganda’s biggest event on the film calendar, the Uganda Film Festival, which is due from 25th – 29th November 2019.

UCC, which organizes the festival, is a dedicated promoter of the development of the film industry in Uganda. 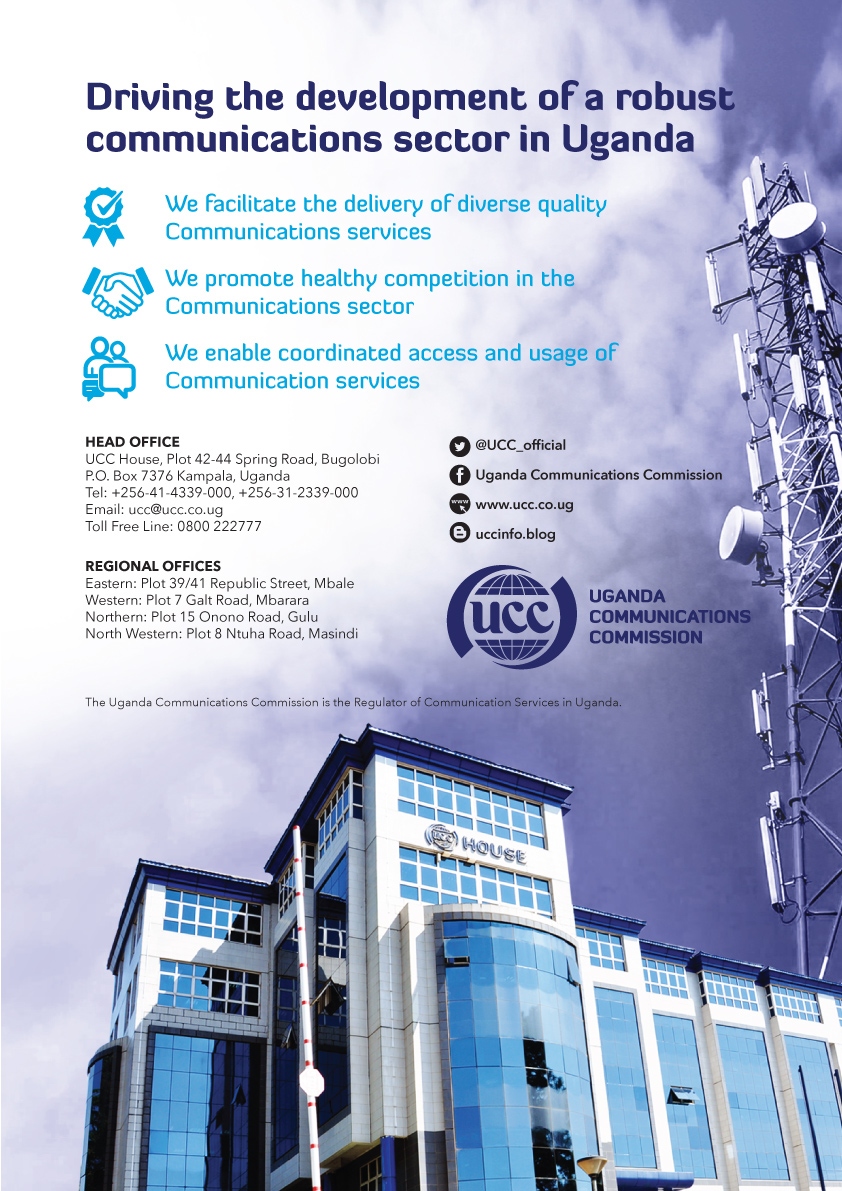